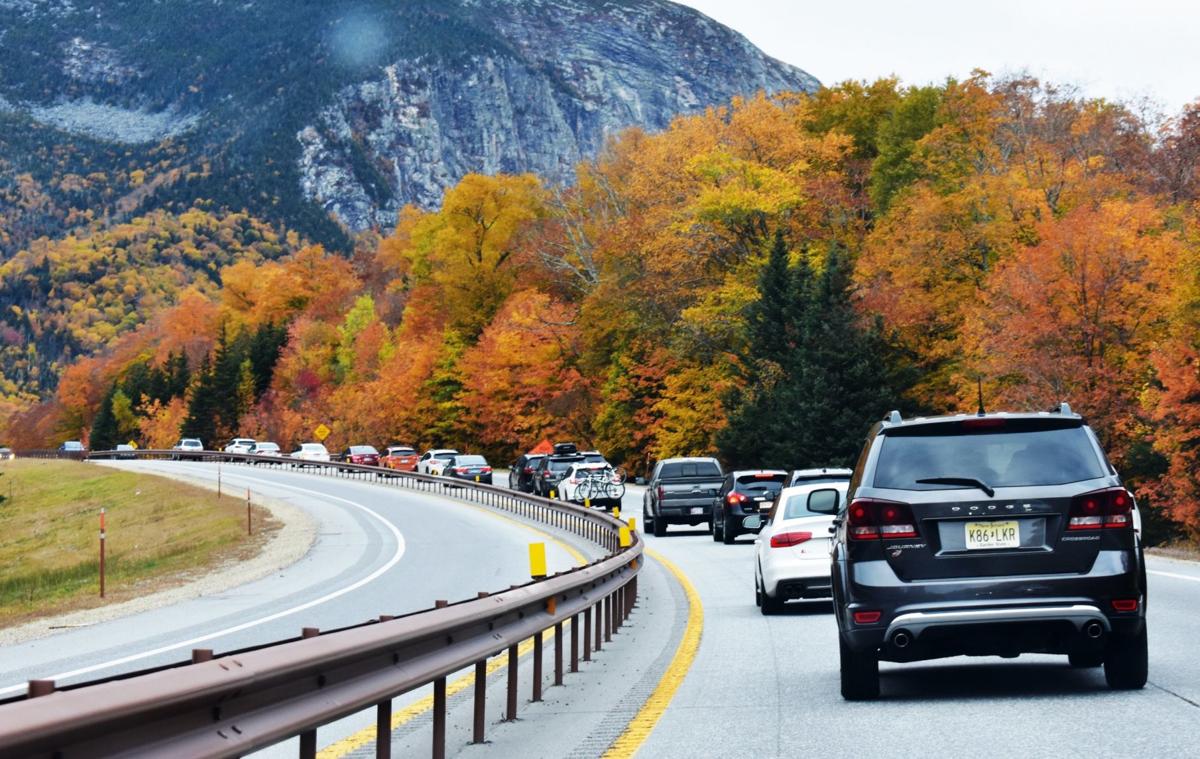 BARTLETT, NH — All roads led north this Columbus Day weekend, with some people coming for peak autumnal foliage and others, like Brittany and Mike Taylor, also here for the beer.

A Somerville, Mass., resident who is a firefighter/paramedic with the Belmont, Mass. Fire Department, Brittany Taylor won the ladies’ beer-keg toss while her cousin, Mike Taylor of Pelham, won the men’s toss. The two competed Saturday at the 22nd annual Oktoberfest at Attitash Mountain Resort.

Held at Bear Peak, the event was a celebration “of the best of the fall season,” according to the resort. The women tossed an empty five-gallon keg, the men an empty half-barrel keg with three times the capacity.

Corey Madden, Attitash’s racing and events manager, told keg toss competitors to plant their feet and grasp their kegs with both hands. Soon afterward, dozens of women and men put Madden’s advice into practice.
When the dust cleared, the Taylors stood on top. Brittany Taylor also won last year, while Mike Taylor was a two-time winner coming into Saturday.
“This is a great event,” said Mike Taylor, adding it brings together the Taylor family, which has a vacation home in the area. An employee of his family’s HVAC business, he estimated that there were 15 Taylors on hand to see him win.

Some 20 miles west of Attitash as the crow flies, Kevin Bell, who is vice president of marketing at Loon Mountain Resort in Lincoln, said this weekend’s White Mountain Oktoberfest was a success. Guests were able to take gondola rides up the mountain.

“Being at the peak of foliage right now, the gondola is a great amenity to have,” Bell said. “The views up there are spectacular right now.”
While the fun was a given at both Loon and Attitash, people headed to either had to deal with some traffic challenges.

Exit 32 off Interstate 93 was backed up onto the highway while a few miles up the road, traffic came to a temporary halt due to the volume of vehicles trying to merge into the sole northbound lane in what in that area is the Franconia Notch Parkway.

Crawford Notch, and US Route 302 which runs through it, were active with both leaf peepers and hikers.