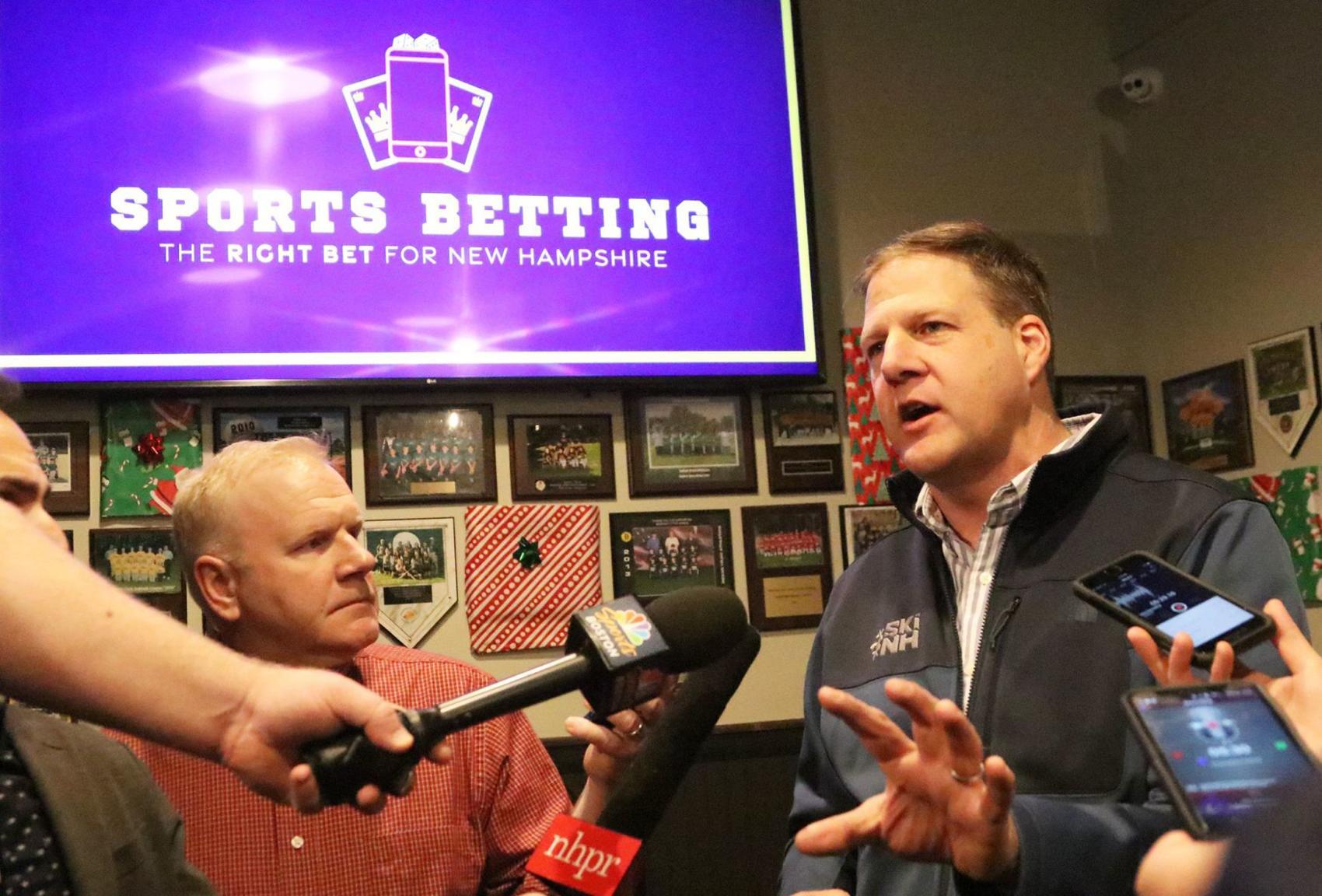 MANCHESTER — Gov. Chris Sununu didn’t risk alienating any voters when he launched legalized sports betting in New Hampshire on Monday with a ceremonial $82 wager that the Patriots would win the Super Bowl.

“It’s got to be on the Patriots, right?” Sununu said, drawing cheers from supporters in a packed downtown bar where the New Hampshire Lottery kicked off the new program.

Sununu pushed for legalized sports betting last February in his second inaugural address, and the state legislature responded quickly to approve the measure. It was signed into law in July. Lottery officials were hoping to have in place the first phase — online and mobile betting — by early 2020, and it all came together ahead of schedule.

While the speedy process raised concerns with some critics, Sununu lauded it as a new revenue source for the lottery and the state overall. New Hampshire joins Rhode Island as the only New England states with legalized sports wagering. The governor invited residents of neighboring states to pay a visit.

“Until other states get on board, we’re going to take advantage. Come on up,” Sununu said during the event at Shoppers Pub + Eatery at Indian Head, just across Lake Avenue from Southern New Hampshire University Arena.

Sununu placed the bet on his cell phone through an app created by DraftKings, the Boston-based fantasy sports giant that had the winning bid to operate sports betting online and in retail venues, the first of which will be selected by Feb. 1.

The New Hampshire Lottery Commission selected DraftKings from a pool of 13 applicants in October; the Executive Council signed off on the deal in November.

Selecting one vendor to oversee two of the three phases also drew some criticism. Charlie McIntyre, executive director of the New Hampshire Lottery, said DraftKings’ proposal was the most beneficial, and lucrative, for the state. It offered 50 percent of its gross to be the exclusive mobile provider and 40 percent of its gross revenue from retail sports books.

“All of our research showed that they were the most obvious choice in terms of favorability as well as knowing the brand,” McIntyre said. “It had to be the best economic deal for the state, which was what DraftKings offered us.”

Matt Kalish, a co-founder of DraftKings and native of Merrimack, said the company is thrilled to be launching the new partnership in his home state.

Sununu said the DraftKings’ offer was the clear choice.

“I’m a big believer in competition, but in this instance, we’re going with the best vendor in the country that is giving a financial opportunity that no one else even came close to for the state,” Sununu said. “It was a win-win-win for everybody.”

McIntyre and Sununu have estimated the state could net $10 million in profit from sports wagering in its first year. That would amount to an additional nearly 10 percent of the $106.5 million the lottery contributed to the state education fund after a record-breaking sales year in fiscal 2019.

McIntyre said the state will select the first four of up to 10 retail sites by Feb. 1. The third phase of legalized sports betting in the Granite State will be run by Introlot Inc., a computer technology leader selected to operate limited wagering through existing lottery retailers.

Sununu initially was going to wager $20 before getting goaded into more by some in the crowd. With odds, his $82 ceremonial bet could bring in $1,000 if the Patriots win the Super Bowl.